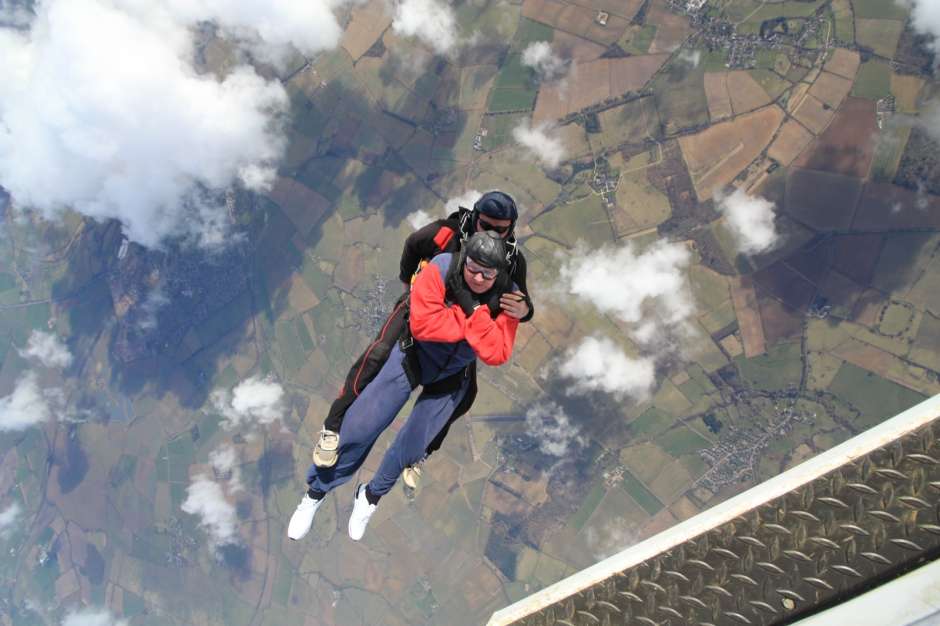 Blow your nose before you jump!

When Mark Day got a call asking him if he would skydive for charity, he thought it was a prank. He called back – and realized it wasn’t. He’d just agreed to throw himself out of a plane at 13,000 feet!

When Mark Day got a call asking him if he would skydive for charity, he thought it was a prank. He called back – and realized it wasn’t. He’d just agreed to throw himself out of a plane at 13,000 feet!

Mark Day, Divisional Director at Perfect Colours, doesn’t mind admitting he was scared on the way up, crammed into a tiny plane packed with first-time and more experienced jumpers, as it circled its way to the jump height. ‘But the whole way up,’ he says, ‘I just kept reminding myself of why I was doing it and the cause we were supporting, Peace Hospice Care – and by then it was too late to back out anyway!’ 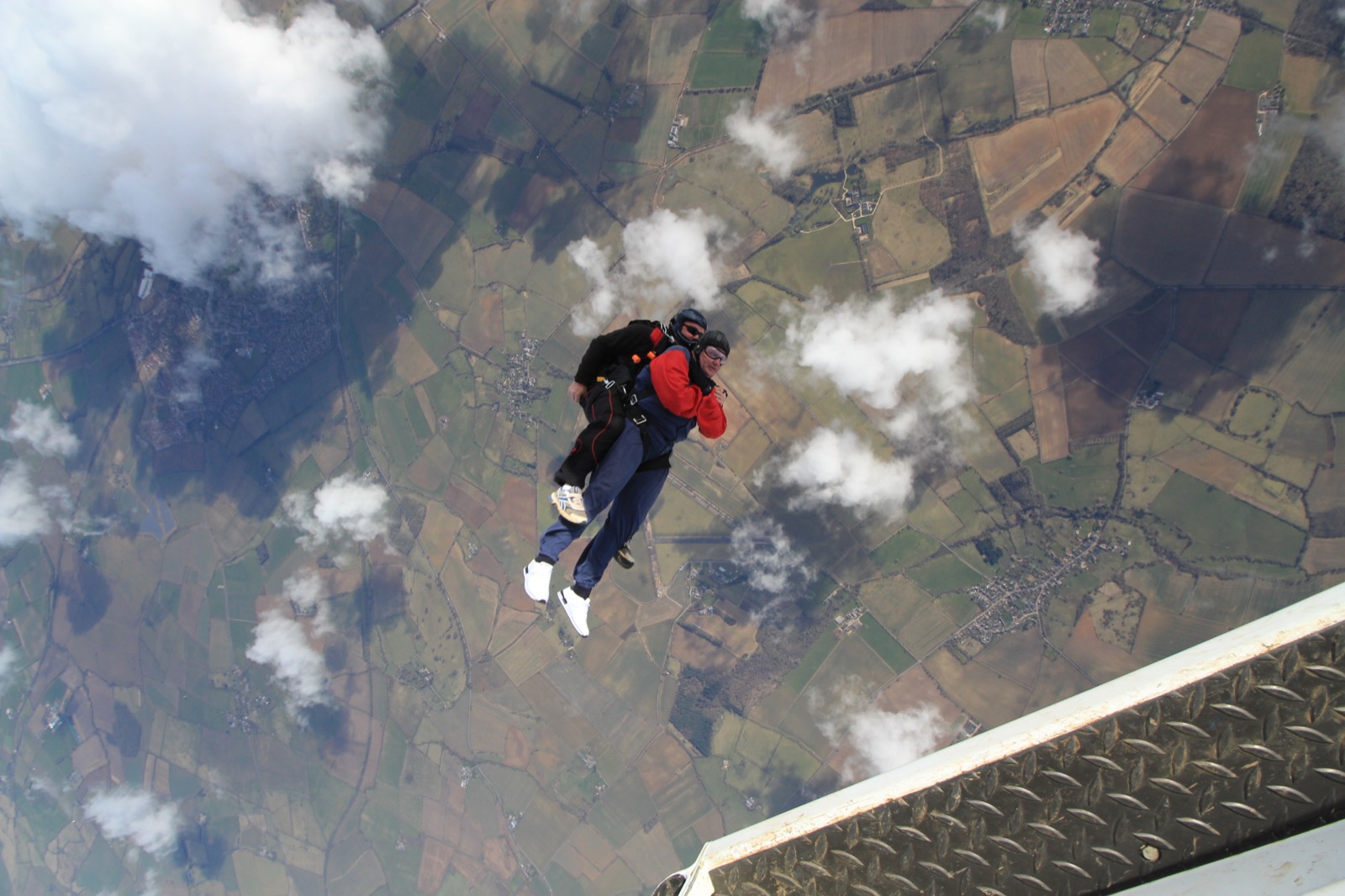 It all started with a call from Ivan Carter,MD of Kings Langley Business Centre in Watford. Ivan was one of a group of four colleagues from Kings Langley who were planning a sky dive in aid of Peace Hospice Care, also in Watford. However, as he weighed more than the 15-stone limit, Ivan needed a stand-in. He picked up the phone to Mark and the result was that, on 16th March, Mark found himself kitted up in a boiler suit, with goggles and a helmet, boarding the tiny light aircraft at Hinton Airfield. He knew he wouldn’t be landing in the plane! 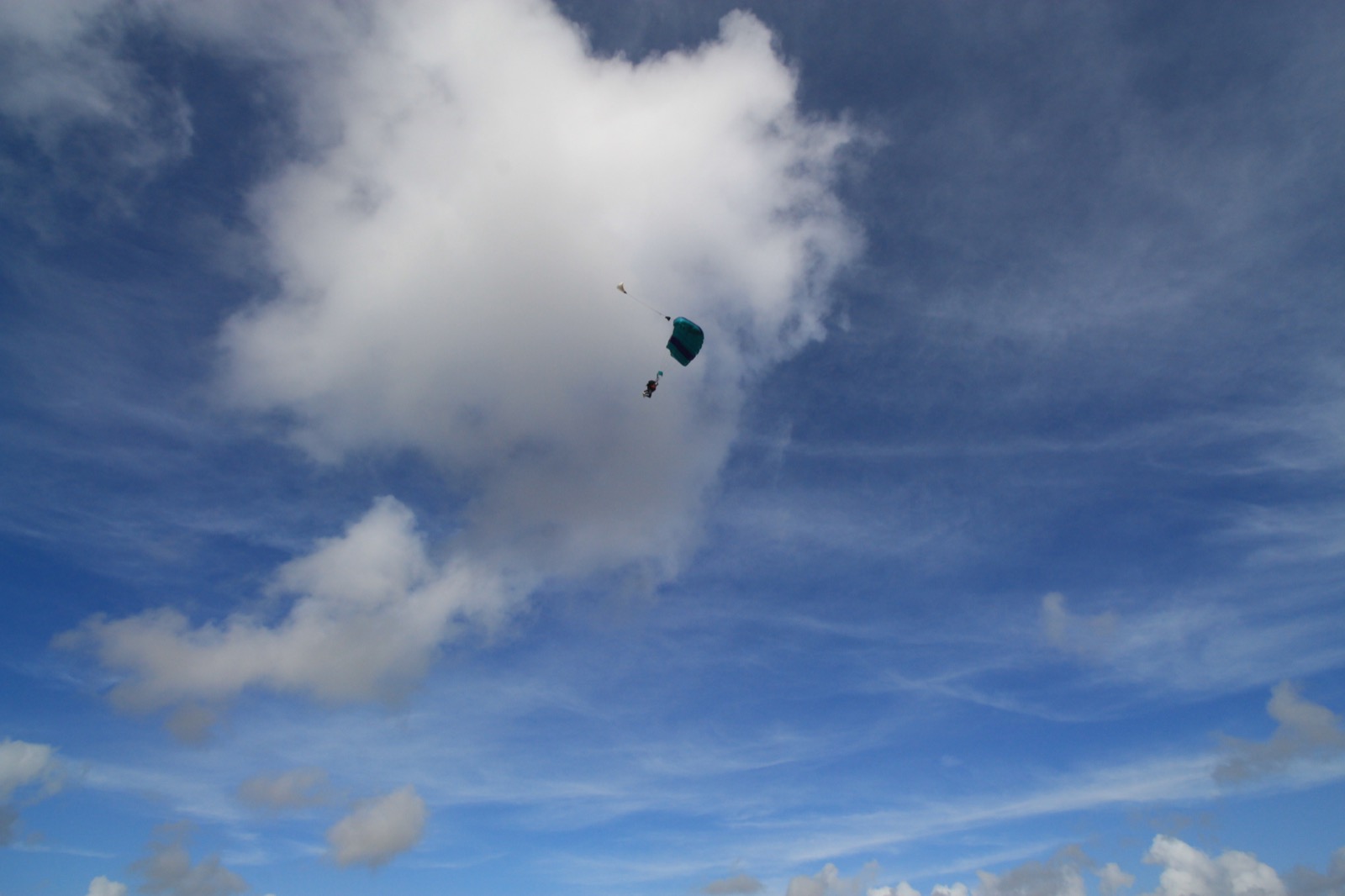 Inside, the jumpers sat waiting on benches as they made the climb to the appropriate height for throwing themselves out. At 11,000 feet, a red light lit up and the supervisors opened the door. Things were starting to get real. At 12,000 feet, the light changed to amber, then at 13,000 feet the light went green. Mark felt himself being shuffled up the bench and seconds later he was sitting on the brink. His experienced tandem jumper pulled his head back and then they were out, spiraling into the wide blue yonder. ‘When you leave the plane, you’re travelling at 120mph,’ says Mark. ‘The sound and the rush of the wind is phenomenal – and you suddenly understand why they told you to blow your nose before jumping!

‘You’re in freefall for about 41 seconds and, in that time, you drop 9,000 feet. At 4,000 feet, the parachute opens and everything slows down and then it’s another four minutes until you hit the ground. At this point, my instructor gave me the toggles so I could steer the parachute. By now the ground was rushing towards us and a moment later we landed – safe, in one piece and happy to be back on the ground.’ 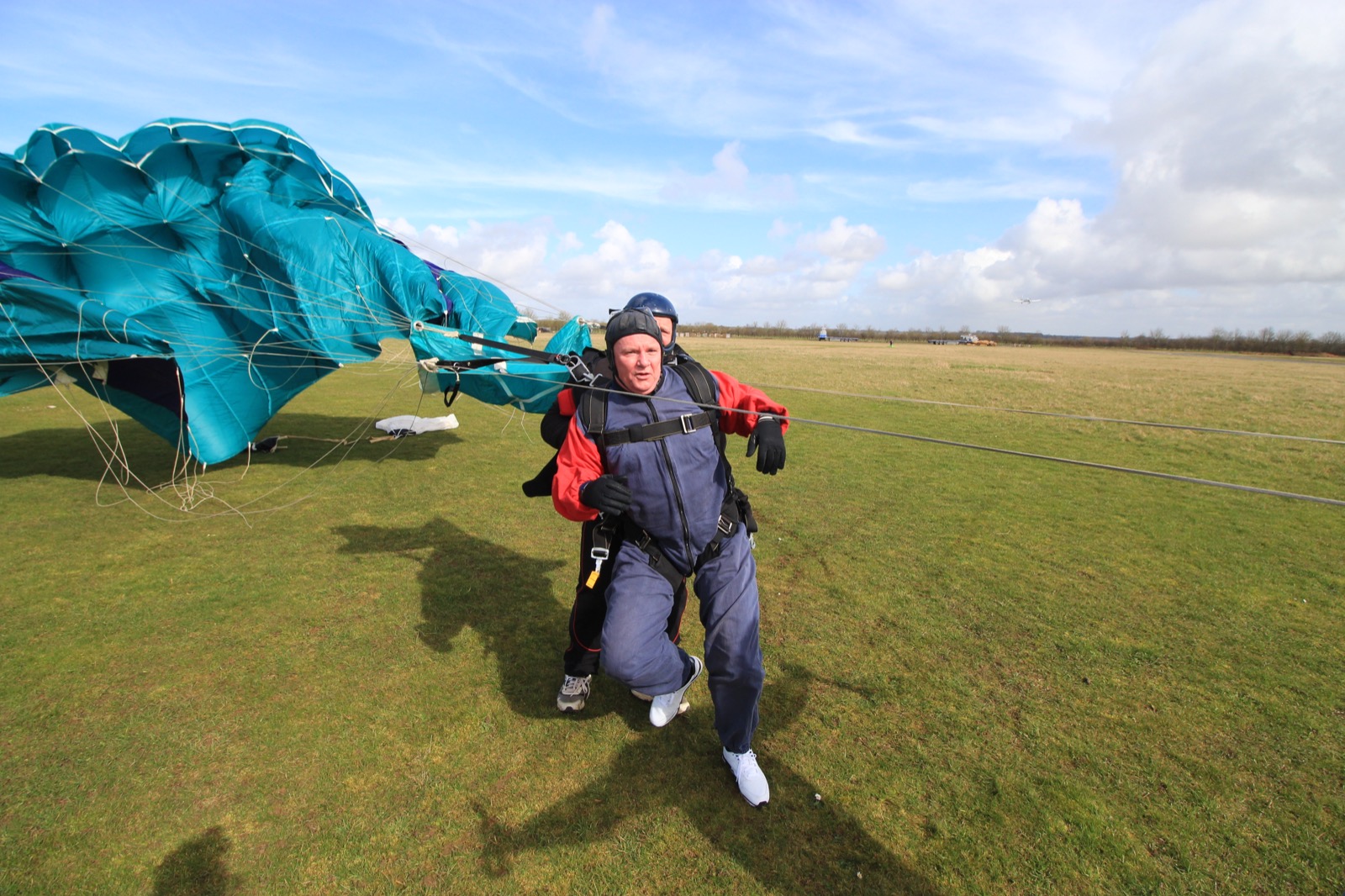 Along with his three fellow jumpers from the Kings Langley Business Centre, Rachel, Lucy and Darren,Mark helped to raise over £3,400for Peace Hospice Care. ‘Would I do it again? If it was for a good cause like this one, I probably would. But I don’t think I’ll be taking it up as a hobby!’

If you’re impressed by Mark’s skydive and you’d like to donate to Peace Hospice Care on his behalf, Mark’s MyDonate page is here:

To find out more about Peace Hospice Care, visit their website: