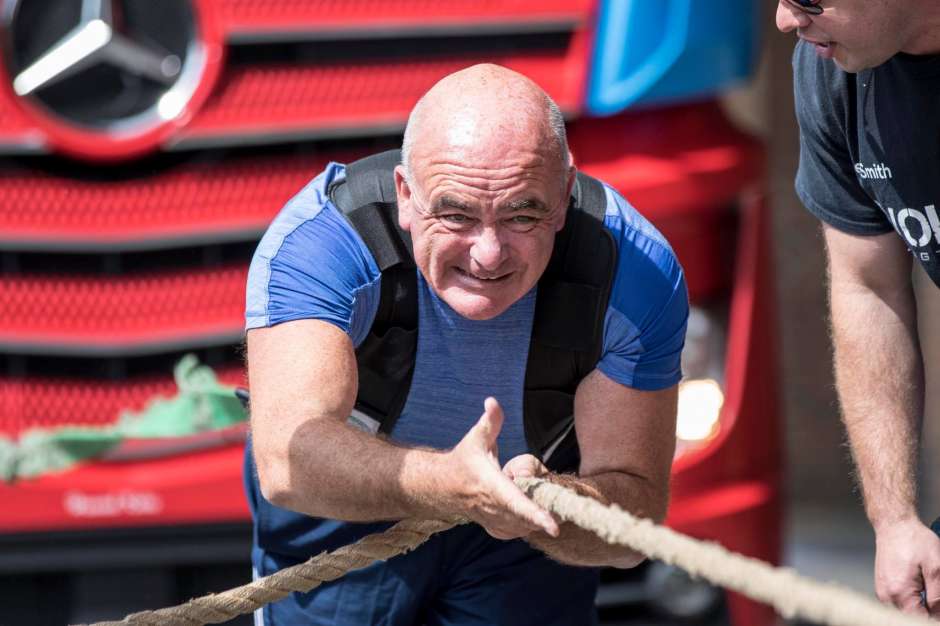 Taking the strain in a monster truck pull!

When Perfect Colours’s Finance Director Mark Voysey joined a local gym, the plan was to simply get fit. So how did he end up pulling an 18-tonne truck for 15 metres in front of a crowd of cheering onlookers?

When Perfect Colours’s Finance Director Mark Voysey joined a local gym, the plan was to simply get fit. So how did he end up pulling an 18-tonne truck for 15 metres in front of a crowd of cheering onlookers?

With encouragement from his partner, Tracy Coupland, Mark recently joined his local gym, Evolution Health and Fitness, in Aylesford, near Maidstone. Initially, he was just training to get in shape, but when he heard about the gym’s annual truck-pulling event, he had to rise to the challenge.

Mark explains: “I decided to take on the truck-pulling event to raise money for Macmillan Cancer Support and their brilliant nurses. I lost my wife to cancer in 2015 after 30 years of marriage, and I really appreciate the work that Macmillan nurses do.” Tracy lost her mother to cancer so she also entered the truck pull to raise money for MacMillans, along with daughter Heidi.

The truck pull is a popular day on the Aylesford calendar. More than 30 participants pulled trucks to raise money for a variety of charities, ranging from the youngest contestant, eight-year-old Evie Gower, who pulled a three-tonne Jeep, to the oldest, Perfect Colours’s Mark. Cystic fibrosis sufferer Matt Keam pulled a truck while seated in his wheelchair and, altogether, more than £10,000 was raised. Between them, Mark, Tracy and Heidi collected £450 for Macmillans, as Mark succeeded in pulling an 18-tonne truck and Tracy and Heidi both pulled 8.5 tonne trucks.

Congratulations to all three!