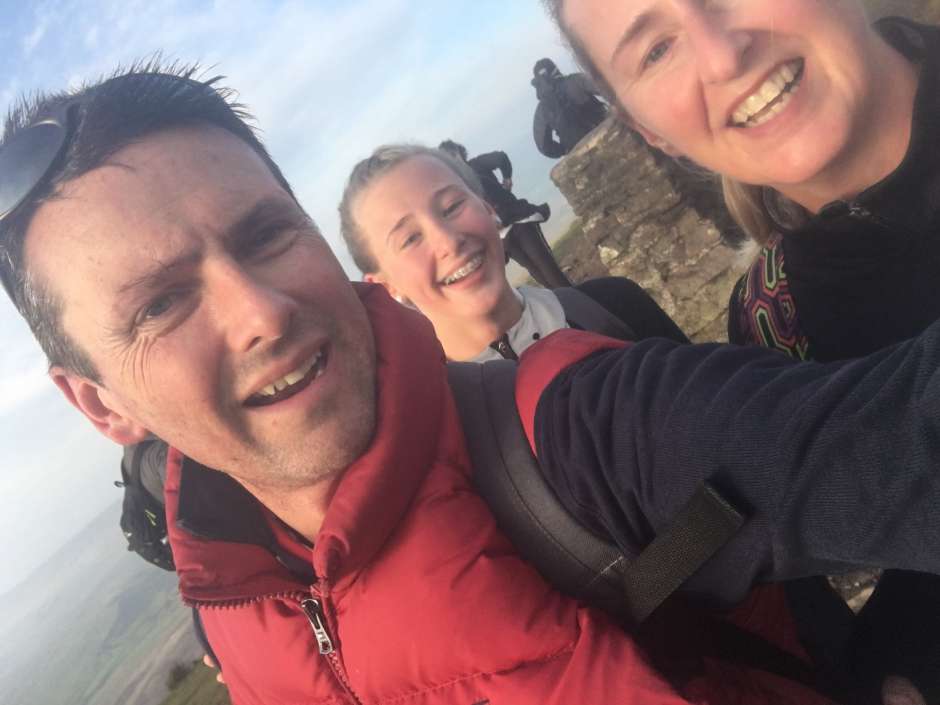 Having scaled the heights of Yorkshire’s Three Peaks Challenge once before, Perfect Colours’ Media Product Sales Manager Robin Draper has risen to the challenge once again – and it’s certainly not a walk in the park!

Having scaled the heights of Yorkshire’s Three Peaks Challenge once before, Perfect Colours’ Media Product Sales Manager Robin Draper has risen to the challenge once again – and it’s certainly not a walk in the park!

Robin’s first experience of this grueling hike was two years ago, when he and a group of friends took it on to raise money for Alzheimer’s disease. They managed a very respectable time of 10.5 hours for the walk, which takes a circular route of approximately 26 miles in total. This time around, the same team decided to do it for themselves to see if they could beat the time they set in 2016, despite being a couple of years older!

The walkers set off from the village of Horton in Ribblesdale at 6.00am – this after a 4.00am wake-up call and a two-hour drive to get there. ‘We were lucky with the weather,’ says Robin. ‘It started fine and we had plenty of sunshine. This is the best time of year to do the walk, as the longer daylight hours are essential.’

The first peak on the challenge is Pen-Y-Ghent, the shortest but also the steepest of the three climbs at 2,277 feet. ‘It became windy as we reached the summit,’ says Robin, ‘and we had a headwind battering us for the rest of the day. The way down is rough scrub and rocks and boulders, followed by a six mile walk to the Ribblehead Viaduct.’ This famous landmark is the halfway point of the route in terms of mileage, but the team still had two more peaks to scale before they could put their feet up!

‘We then climbed Whernside which was hard work – uphill over rock-strewn terrain, all the time being buffeted by a strong wind.’ This 2,415-feet peak was followed by a descent into the valley, before they tackled the third and last mountain of the day. Ingleborough is 2,372 feet above sea level and involves a brutal, almost vertical climb to the summit. This is followed by a four-mile trek back to Horton to finish the circuit.

Thankfully, despite the wind, the team managed all three in a time of nine hours and 20 minutes, beating their previous time by nearly an hour. Robin explains how they managed it: ‘We’d done some training, doing 10- to 12-mile walks at weekends to build our strength and stamina, and we completed the 17-mile round Sheffield walk. We’d also picked up a few tricks to make life easier, such as putting Vaseline between our toes to stop them chafing.’

Finally, they arrived, tired and hot, back at Horton. ‘The backs of my calves were burning and I felt exhausted, but I was able to recover with lots of calories. I’m proud that I’ve done it but we all agreed one thing – Never Again!’

Will Robin stick to that? Watch this space…